After three years of development and improvements to the world’s first hydraulic crane, the design was ready for serial production in 1947. The HIAB 190 was launched at the Sankt Erik’s fair, an international trade show in Stockholm, to eventual great success.

Customers were impressed with the flexibility the crane offered to be used in a variety of applications. Below are six examples listed by Hiab. 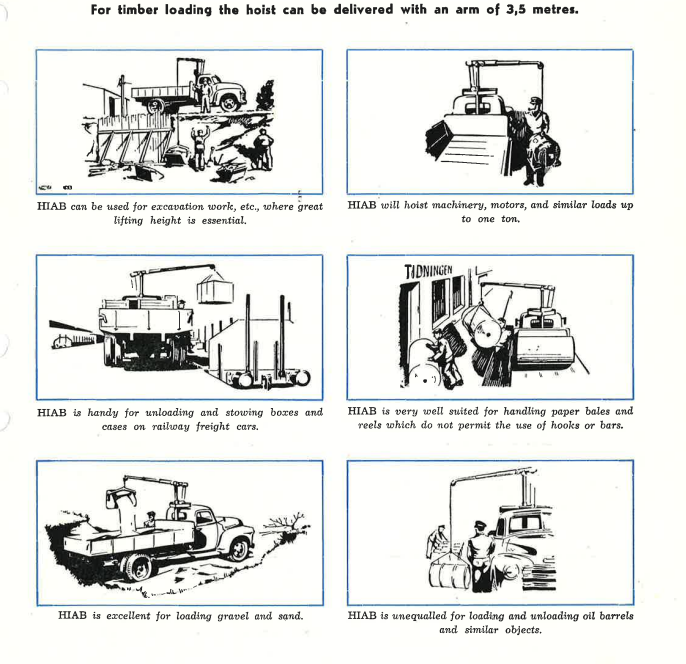 Allegedly, every second truck in northern Sweden soon had one installed. Since Hiab had established serial production, more headcounts could easily be added and the cranes delivered quicker.

Right from the beginning, potential customers were given the opportunity to try the equipment installed on a truck before purchasing. In return, Hiab asked for honest feedback about any design issues, and it gave valuable input to the Hiab team so they could see how the cranes were used in real-life situations. This feedback was used to further improve the crane.

Measured by lifting capacity the first cranes were modest by today’s standards. The HIAB 190’s max lifting capacity was 1 tonne, but provided customers with enough power to perform a variety of lifting tasks following founder Eric Sundin’s mantra: “One man should be able to do the job!”

A year after launch, in 1948, Hiab had 42 employees, opened a Norwegian sales office and a turnover of 627,100 SEK (around 12.5 million in today’s money). By 1950 Hiab’s turnover had increased by more than 1 million with 51 employees. In 1952 fuelled by the success of the crane, Hiab could construct a new office and factory building where 120 people worked. The annual turnover was then almost SEK 6 million and the cranes were exported to 33 countries.

Though Hiab celebrated its 75th anniversary three years ago, it is the serial production of the HIAB 190, 75 years ago in 2022, which started Hiab’s journey to be a global company and created the modern load handling industry. As the industry pioneer, Hiab continues to make load handling smarter, safer and more sustainable to build a better tomorrow. 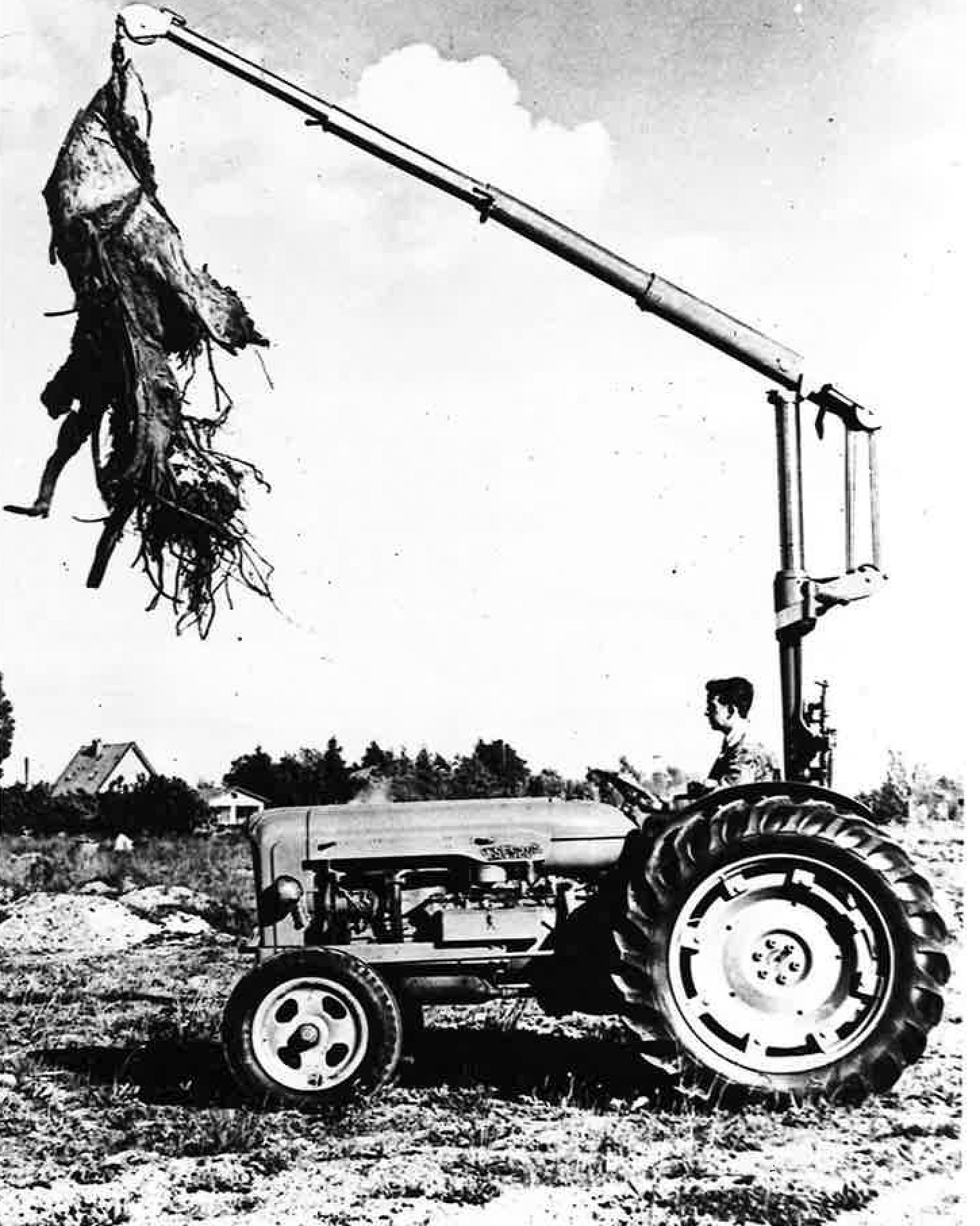 The 190 could also be installed on a tractor