“It was a cool feeling” – how test operators experienced HiVision™

Test driver Henrik Strömbäck (right) says he is impressed by the system. Here together with Hans Lyngbäck, Hiab’s Project Manager for Application & Tools.

Hiab’s HiVision™ 3D control system has what it takes to be a true game-changer. To safeguard its operation before launch the system is now going through rigorous testing. Hiability caught up with two test drivers to get some inside information.

Henrik Strömbäck has 20 years experience from timber hauling. What was his first impression? “It exceeded my expectations. For sure, it’s very different compared to the traditional way,” he says. “Still, there’s no need to relearn how you work. You can rely on the experience and skills that you’ve built up.”

Taking part in a pilot test that ran over two days, Stefan Lindholm got to know the system in its natural element – the forest. “I loaded and unloaded a complete lorryload,” he says, “and it was cool feeling to be able to do that from inside the truck cabin.”

“You could see everything that you usually can from a crane cabin,” he continues. “You just had to turn your head and the cameras would adjust. There is a menu inside the goggles that lets you choose and adjust various parameters, such as the crane and the stabiliser legs. You can also personalise the operation by choosing various user profiles.”

Both drivers agree that it is a huge benefit not having to climb out in the cold. Strömbäck says: “You’ve got everything close by and you can start loading immediately when you arrive at the work site.” 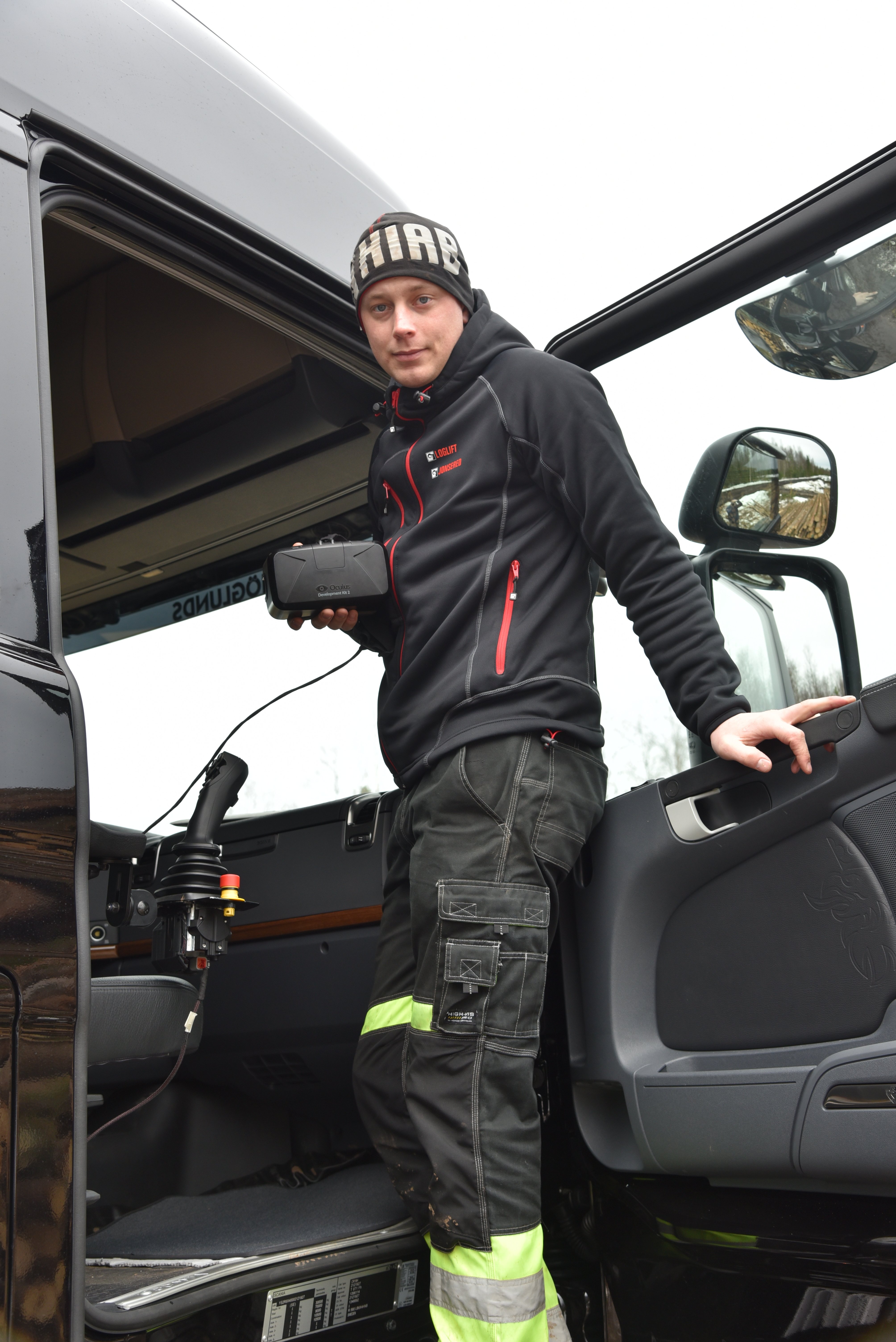 Stefan Lindholm had the opportunity to testdrive the system in the forest.