With the free app, you can follow rounds of the 2016 FIM X-Trial World Championship, where Eddie Karlsson, who Hiab sponsors, competes to become #1 driver in the world.

As previously announced, Hiab has signed a sponsorship agreement with X-trials driver Eddie Karlsson, who is a Swedish and Nordic champion, and now has his eyes set on the world number one spot. The drive to be number one is something that Eddie and Hiab share.
Now, FIM( International Motorcycling Federation) has launched a free FIM Trial App in order to show fans around the world LIVE how the contestants are doing in the qualifications and the finals of the World Championship. The app also has a news, gallery, videos and partner section, so you can stay updated in between the competitions.
You can find the app by searching “FIM Trial” at Apple store and Android market, and see Eddie showcasing his skills at Hiab’s stand in Bauma exhibition (15-17 April in Munich, Germany). 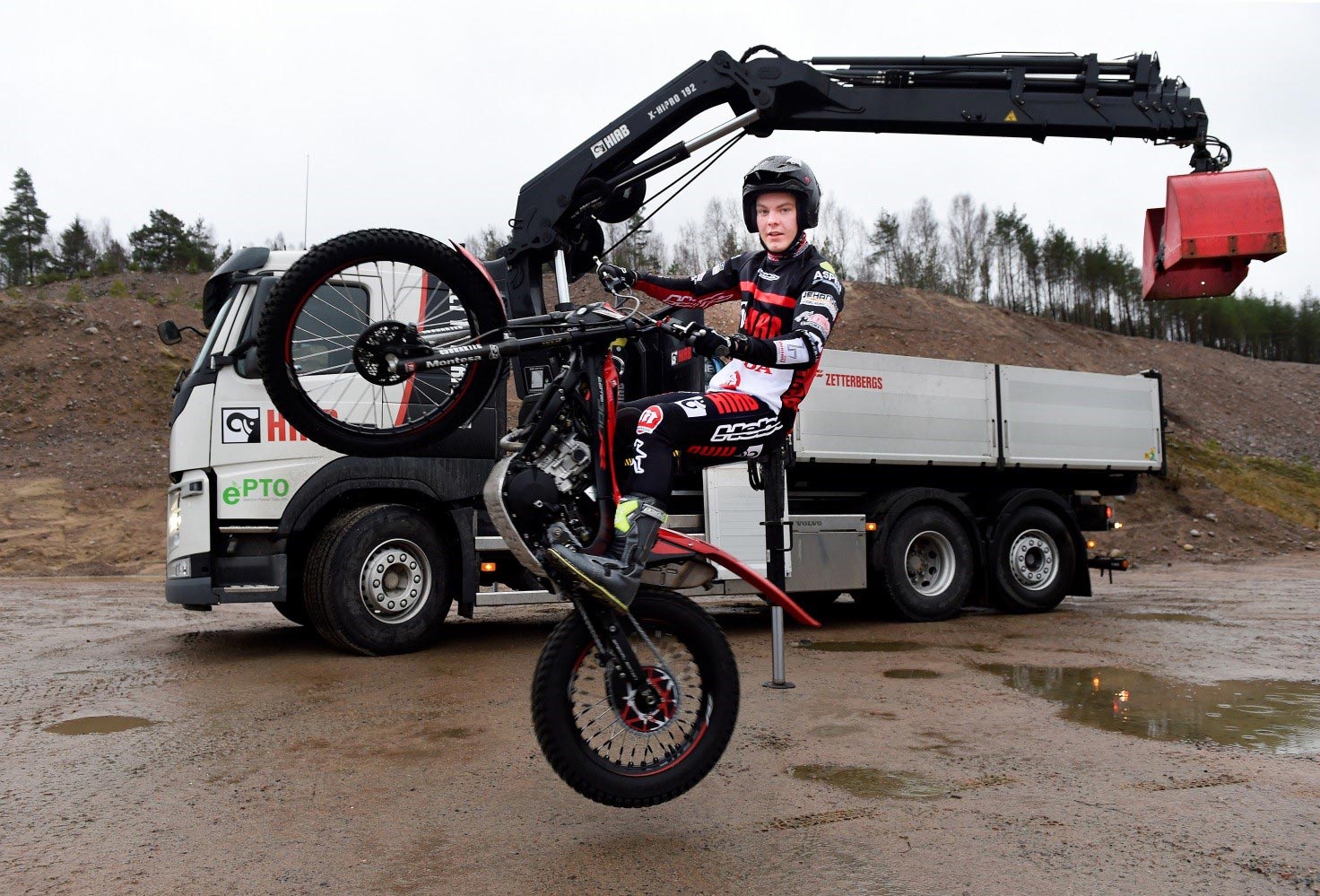