It will be used by the South West Jutland Fire Brigade, based in Esbjerg, in Denmark. The mid range loader crane is installed with Hiab’s ADO (Automatic Dumping of Oil). This feature leads the oil directly to the tank when the crane is not in use so there’s less heating of the system and a lower energy consumption. The crane also comes equipped with LSS-H (Load Stabilising System) to compensate for unintentionally excessive lever moment in horizontal operation.

Behind the crane there is the MULTILIFT Ultima 18Z.56 hooklift that has a tip and towing capacity of 18 tons. The hook is hydraulically tiltable and has a horizontal movement of 1,100 mm + 1,250 mm.

The load handling equipment is installed on a Scania G 410 B6X2 * 4NB and was built by SAWO Haderslev. The buyer is the South West Jutland Fire Brigade that covers Esbjerg, Fanø and Varde Municipality. 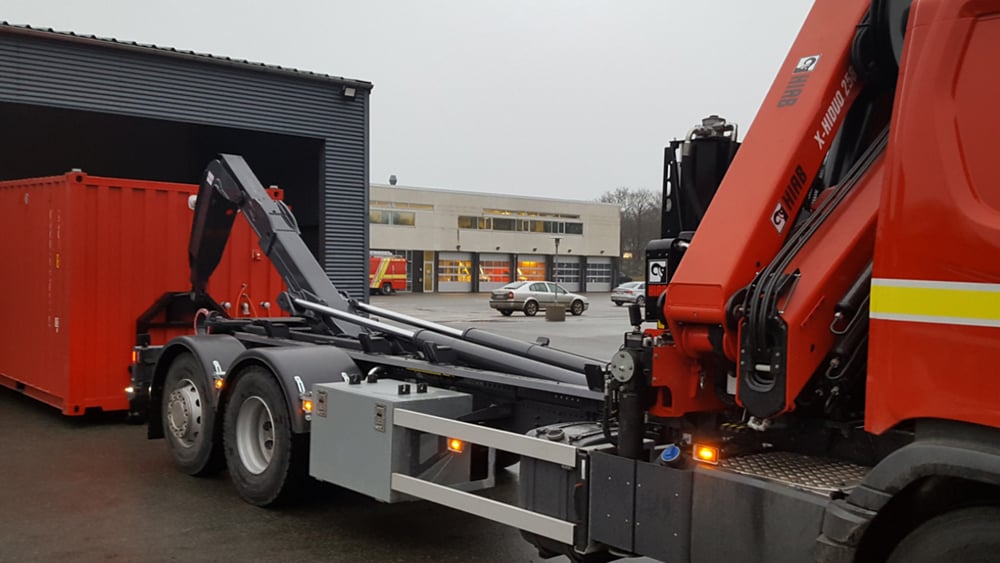