Get on the road quicker with MULTILIFT HookTop

Hiab launches the HookTop function that automatically covers open containers with a push of a button for MULTILIFT ULTIMA hooklifts. The HookTop is a tarp that can be installed in as little as one hour and be operated with the existing remote control.

A MULTILIFT hooklift is a great tool for moving containers, but to manually cover cargo after each load has not been simple and potentially unsafe because it has usually involved the driver climbing on the truck and load to physically cover it.

“The MULTILIFT HookTop provides fast, automatic operation that saves drivers time and effort and most importantly, it is safer for the driver to cover the cargo with the remote than climbing on a slippery truck. Installation on new equipment can be done at best in as little as one hour. Get on the road quicker and safer and with MULTILIFT hooklift,” says Henri Janhonen, Vice President Sales & Product Management, Hiab. 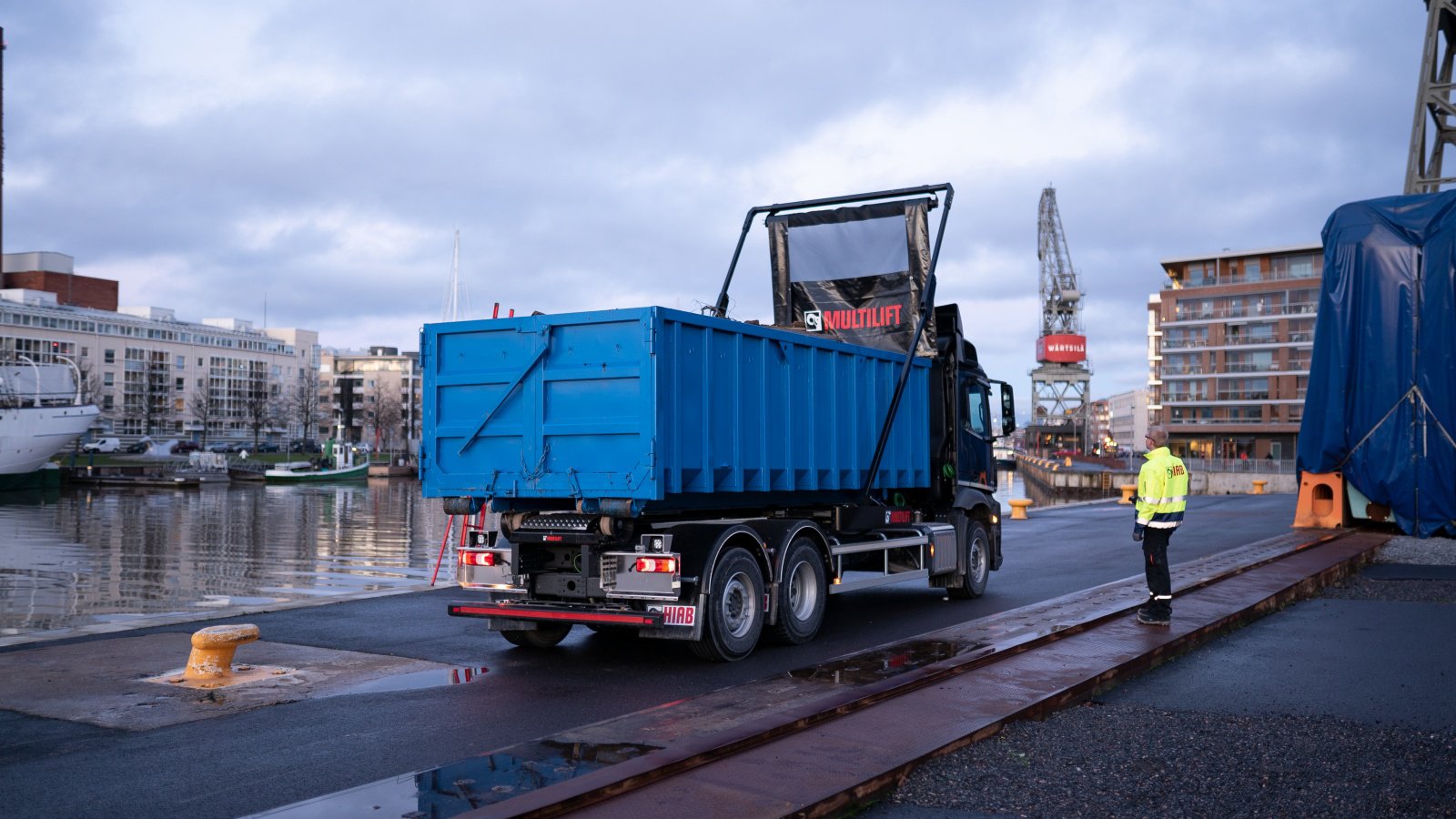 The tarp can cover the load from rear to front or from front to rear of the load unit depending on the customer’s need. The HookTop has an optimised sturdy design that improves stability and protects hoses and cylinders, while the cover system is locked in both ends to prevent sideways movements.

HookTop has been available in the UK since March and there’s been great interest from MULTILIFT owners with sales exceeding expectations.

The HookTop tarping system will be available in other European markets later this year.