Select a country to see the content you are looking for online.

CARGOTEC CORPORATION, PRESS RELEASE, 24 SEPTEMBER 2014 AT 09.00 AM (EEST)
Hiab, part of Cargotec, presents a totally new vehicle solution at the IAA exhibition that takes place from 25 September to 2 October in Hannover, Germany.  Hiab has in collaboration with Volvo Truck Center Sweden AB developed an environmentally smart load handling solution. It is the new Volvo FM (Euro 6), equipped with Hiab's most energy-efficient loader crane and hooklift.
The truck uses an electro-hydraulic system, or electric power take off (ePTO), installed additionally to the traditional engine power take off. This enables the crane operator to work with the engine switched off - quietly and free from exhaust fumes.
Henric Sundin, CEO of Volvo Truck Center Sweden AB, says: "A Volvo truck, equipped with the ePTO crane, provides several benefits to crane operators, truck owners and the environment as a whole. The crane, being powered by lithium-ion batteries instead of the truck's diesel engine, is 100 percent emission free, and the noise level is reduced by half. This opens up many new areas of possible use. An ePTO crane truck can be used indoors, replacing scissor lifts, sky lifts and forklifts. Being very silent, it can also be used in cities and residential areas during night time."
Operating a crane with ePTO
Operation of the ePTO in combination with HIAB X-192 HiPro is very straightforward. The ePTO allows the loader crane to be powered electrically by a plug-in system, instead of the vehicle's engine. When the crane is not in use, the electric pump is automatically switched off to save energy and battery capacity. The crane uses an advanced load stabilisation system, LSS, to enable quick and easy crane operation, as well as hydraulic system that cuts energy losses to a minimum.
Using electric power instead of conventional diesel power offers considerable benefits in terms of transport efficiency, noise levels and environmental impact, as well as making it possible to work indoors. For example, the energy required to operate the crane is 60-70 percent less than for a conventional crane. The work environment for those operating the crane is also much better; they no longer have to keep the engine idling and can work at low noise levels, free from exhaust fumes
The system's battery has a capacity of 40 kWh; sufficient for a normal day's work with a crane. The battery is charged when the crane is not being used; normally during the night. It is also possible to charge the battery in workplaces where electricity is available.  With quick-charge equipment, the battery can be charged to 80 percent in 50 minutes. The truck also has a conventional pump on the gearbox power take-off for normal operation. Using ePTO has no impact on crane productivity, the crane works with full capacity and speed also with ePTO enabled.
Gert Larsson, Executive Vice President, Hiab Products, says: "We are excited to showcase the new ePTO solution at the IAA exhibition. The fact that the vehicle has both a crane and a hooklift also makes it very flexible."
The MULTILIFT XR18SL hooklift with Pro FutureTM package is 30 percent more energy efficient and three times faster than a conventional hooklift. This is due to the unique hydraulic system, which uses the hydraulic oil more efficiently, and because the hooklift weighs significantly less than a conventional hooklift.
In short, ePTO's benefits are:
· 0 percent exhaust fumes (carbon dioxide, nitric oxide and particles)
· 60-70 percent lower energy consumption
· 70 percent lower operating costs
· 30 percent lower noise levels
See ePTO and Hiab's other innovations at the IAA exhibition
We invite all interested parties to meet us and see the ePTO vehicle concept and other Hiab's load handling innovations at the Hiab stand in Pavilion 35. We welcome media to join Hiab's press conference on Wednesday, 24 September 2014 at 2.30 p.m. CEST at out stand in Pavilion 35. Please contact Lotta Clausen (lotta.clausen@hiab.com) to arrange one-on-one interviews with Hiab's President Roland Sundén and other senior executives.
For more information please contact:
Gert Larsson, Executive Vice President, Products, Hiab; tel. +46706726024, e-mail gert.larsson@hiab.com
Lotta Clausen, Vice President, Communications, Hiab; tel. +46705535138, e-mail lotta.clausen@hiab.com
Hiab is the world's leading provider of on-road load handling equipment. Customer satisfaction is the first priority for us. Around 2,700 professionals at Hiab work to provide high-performance products and services that meet customer needs globally. Our product range includes HIAB loader cranes, JONSERED recycling and forestry cranes, LOGLIFT forestry cranes, MOFFETT truck-mounted forklifts and MULTILIFT demountables, as well as DEL, WALTCO and ZEPRO tail lifts. www.hiab.com
Hiab is part of Cargotec. Cargotec's sales totalled EUR 3.2 billion in 2013 and it employs approximately 11,000 people. Cargotec's class B shares are quoted on NASDAQ OMX Helsinki under symbol CGCBV. www.cargotec.com 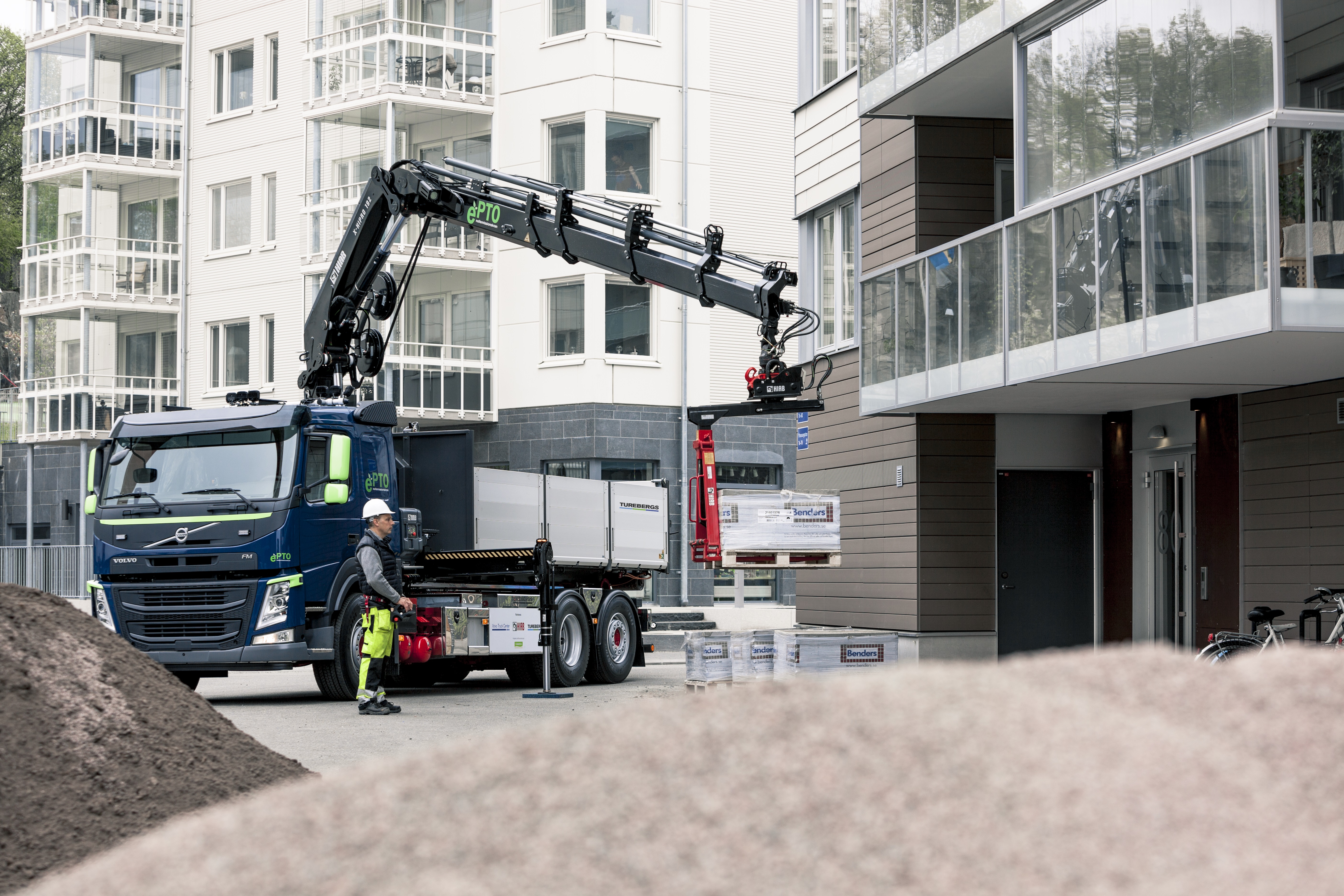